Winter is very nearly here, which means that we can expect more weather phenomenons like this year’s Beast from the East. However we still need to get around, whether there is ice, wind or snow, so preparing for winter driving is important.

You rarely hear of anyone who dies as a result of being trapped in their car for a long period of time when conditions are bad, but you often hear of motorists who have had to spend the night in their car. Although you may not necessarily need these items, to be fully prepared there are a few extra essentials that you should put in the boot of your car at the beginning of the colder months. They take little space and as everyone knows it’s better to have things and need them than to need them and not have them.

The most important thing in order to prepare for winter driving is to ensure that you have sufficient fuel. Even if you have everything else, not having enough fuel can cause and uncomfortable situation to become much worse, very quickly. Top up your fuel tank before any significant journeys, and a good rule is to never let the level drop to below ¼ of a tank during the colder months. That way whatever happens you’ve got enough reserves to run the engine and keep warm should you become stranded. 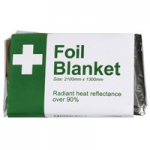 Thermal blankets look like tin foil, but they are very effective for keeping you warm. They fold up tiny, so take up little space and are very cheap to buy. It’s always worth having a couple in the car as you never know when you might get stranded in the cold and need one. A normal blanket is also handy to have in the boot of the car, and will be another layer of warmth for if the worst should happen. 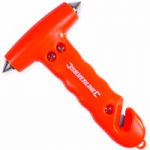 A glass hammer and seatbelt cutter tool is a useful tool to carry in your car all year round. Not only can it potentially save your life one day, but you never know when you might be able to use it to help another troubled motorist. These are only a few pounds to buy from somewhere like Halfords, and are invaluable when the situation calls for one. Be sure to keep it within easy reach. A good idea is to fasten it to the inside of your driver’s door pocket with sticky Velcro, as that way it won’t go anywhere if your car rolls over. 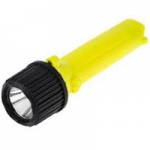 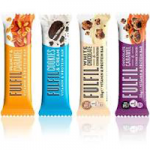 Food is something that is often overlooked. Although you won’t stave if you are stranded in your car overnight, having some food is a good morale booster and will help you to be that much more comfortable. Any food is fine, but it’s best to get something like protein or energy bars that athletes use, as they are packed with calories and keep well. 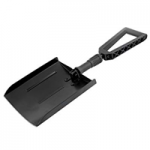 A shovel is an essential tool for when the white stuff comes. You don’t need to keep one in the car all winter, but it’s a good idea to have one ready to chuck in the boot if snow is forecast. Folding shovels are a good idea as they can be kept in the car at all times. But a standard builders shovel will be far more effective at removing snow and ice. Often they are cheaper than the foldable ones as well. 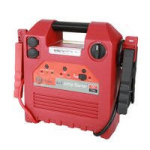 Powerbanks are useful for jump starting your car if there’s nobody else around. You can buy some that hold their charge for a year, so you can literally charge it up once before the cold season and you’re sorted. If this is slightly beyond your budget, then a standard set of jump leads will also get you out of most tricky situations, as long as you’re able to find someone else in a vehicle who is willing to help. 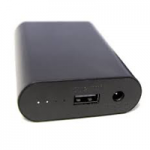 A smaller battery pack to charge your phone will also be a godsend if you happen to breakdown with a low battery on your mobile phone. Sat navs and other applications drink the battery on most smartphones, so it’s always a good idea to have the means to give your phone battery a boost when in the car. Most of these battery packs can even be charged by the car via the 12v socket. 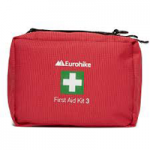 First aid kits are another great item to carry in the car throughout the year. You never know when you might need it, or you might stumble across someone else who is in need of first aid. Some basic first aid training is never a bad idea either. In some cases knowing what to do and having the right kit can be the difference between life and death. 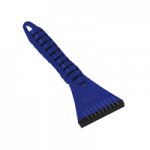 An ice scraper is a must-have item for any cold weather periods. Although de-icer will clear your windscreen eventually, an ice scraper will be able to scrape all of the ice from your windscreen, leaving it crystal clear for you to see out of it. You can get an ice scraper for just a couple of pounds in most petrol garages – and it’s a lot easier than trying to use your debit card!

One thought on “Winter Driving Preparation”