Why Buy a Used Car? 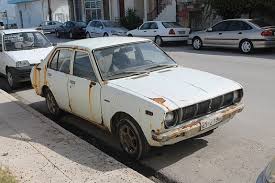 Buying a new car nowadays is madness. As well as the massive amounts of depreciation that it will suffer as soon as you get the tyres dirty, the cost of having it serviced is also going to be sky-high as well. Not only that, but a new car also comes with mental baggage such as the panic that you endure every time you leave it in the supermarket car park in case someone dings it with a shopping trolley or their own car door. Who needs all the stress and aggravation that comes with owning a new set of wheels? Here are a few reasons why you should buy a used car instead.

Because so many people buy new cars, it means that there’s a huge catalogue of over 160,000 used cars available, which makes them very cheap and therefore great value. You can use websites such as Gumtree or even eBay to buy a used car. It’s best to pay cash for a used car and never to borrow money. That way you can be sure that you’re only spending what you can actually afford. Imagine the pain down the line if you bought a used car on finance and it turned out to be a shed and stopped working just a couple of weeks later. You would then be regretting that decision for the entire payment period. If you only spend what you can truly afford, it will force you to be mindful and look for the best possible car for your money.

Used cars save you Money

The money you save from owning a used car instead of a new one could be spent on a lot of other, different things. The typical depreciation on a £30,000 car over the first two years would be enough to finance a new kitchen, a few holidays and a whole host of other more exciting things. If you really love your cars, then buying a used car will allow you to buy that old classic that you’ve wanted or that trackday sportscar that you’ve been dreaming of.

Changing your car’s oil and filters is relatively simple for most cars, for which you can buy a Haynes manual to make the process even easier. Even if you don’t want to get your own hands dirty, a good local mechanic will fix and maintain your car for considerable less than the franchised dealer – as the owners of new cars will soon find out after buying their car. As well as the annual service, there is also the MOT to get your car through. These are bound to teach you a thing or two about motoring, and even if they don’t it’s another conversation starter at the dinner table.

Used cars are good for the Environment

The amount of energy required to build a brand new car is astronomical. So buying a used car, prolonging its life and then disposing of it properly is a way of recycling someone else’s old car – very environmentally friendly in deed. It doesn’t make sense to throw away a working car, in the same way that it doesn’t make sense to demolish a house just because you’ve moved away. If there’s life in it, give it to someone else.

Downshifting your motor has never been easier, less painful or more sensible. So what kind of reliable cars could you buy for just a few thousand pound or less? Look around you and see what everyone else is driving. If you’re looking for something that will get you there and not cost too much in repairs, then an old Ford will probably fit the bill. If you want to unleash the snob in you then there are plenty of used BMWs, Audis and Mercedes that people consider cool these days.