The government has unveiled plans to close an outdated loophole when it comes to using your mobile phone while driving. Currently, you can only be banned for making calls or texting while in charge of a motor vehicle. This means that it is not currently an offence to take a photo, play a game or watch a video. Now, if you’re caught doing any of these you can be charged with driving without due care and attention. However you will not currently be charged for using your mobile phone at the wheel.

After the changes to the law have been made, watching videos, taking photos, or playing games on a mobile phone while in control of a motor vehicle will be illegal. Under the new proposals, hands-free phone use will still be allowed. Despite this, many people believe using a mobile phone hands–free at the wheel is just as distracting as holding it. 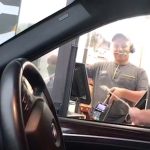 An exemption will be made to the rule. Your mobile phone will be allowed to make contactless payments from your car. For example, if you are visiting a drive-through restaurant. In this case, you are permitted to make a payment using your mobile phone, providing that:

The new rules are expected to come into effect during the early months of 2021. The maximum penalty for using a mobile phone behind the wheel will remain at 6 penalty points and a £200 fine.

The use of mobile phones at the wheel represents a massive road safety risk. Any move that makes using a mobile phone behind the wheel of a car as socially unacceptable as drink-driving is welcome to the majority of motorists.

In our opinion, as well as changing the law, the government needs to do more to enforce the law. Whether that be new camera technology to catch perpetrators in the act, or more traffic police specifically targeting people who use their phone while behind the wheel.

Last year in the UK there were over 600 casualties from incidents involving a driver using a mobile phone behind the wheel. This figure includes 18 deaths and 145 serious injuries.

A worrying fact is that a recent poll found that almost 10% of drivers aged 17 to 24 admitted to playing games on their mobile phones while driving. This means that the age group are three times more likely to use their mobile phone behind the wheel than the average driver in the UK.

If a car is travelling at 30mph then it will travel 100 feet in just over 2 seconds. This demonstrates how something as simple as checking your mobile phone or changing your music can result in a crash.